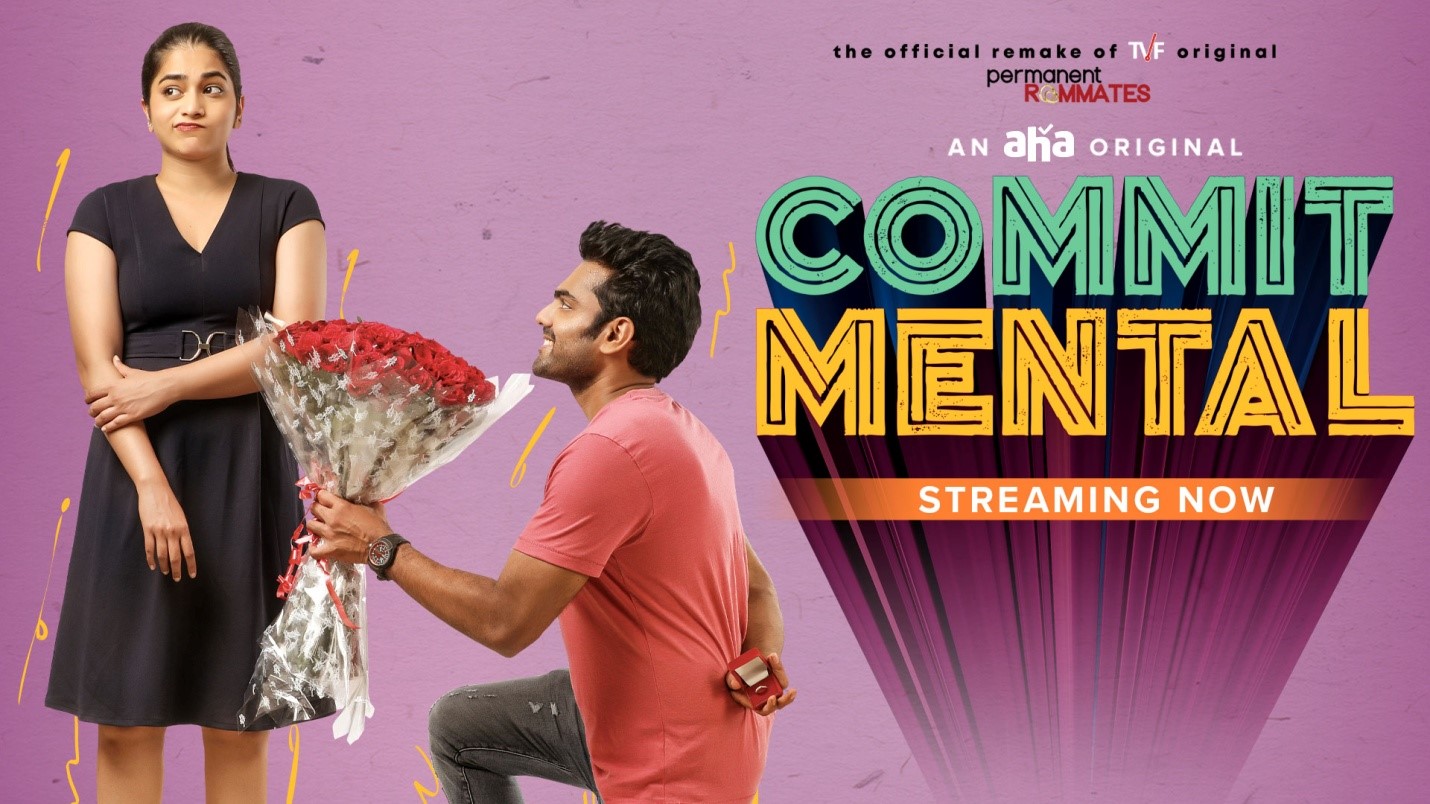 CommitMental is a trending web series on the internet these days. The most prestigious Aha is airing this web series. These web series have five episodes in total. This is the love story of  Anu and Phani. Anu and Phani have been in a long distance relationship and they want to work on the relationship and be committed for love. In these we can see that commitment is not an easy task to do. They need a lot of patience and courage to be loyal towards each other. Watch web series online exclusively on Aha. Watch CommitMental web series online is the most entertaining and trending series.

CommitMental is a super entertaining web series on aha, where you can feel the love, affection and fight. The little fights of Anu and Phani are really cute to watch. The differences between them are really odd and the way they want to sort and be together are rewatchable. So the story begins as Phani comes back from the US to Hyderabad to meet his love Anu. Anu is a very simple, talented and independent woman. Phani is also a well settled man, he also has a unique personality. The childish nature of Phani is quite opposite to the bold nature of Anu. It’s a big shock to Anu that Phani has come back and wants to make it official. The series runs in a very funny way. They want to take the home together and live together. The series will teach a lot of things that life should be led. The series is very fun to watch and to have some good time. Phani asks Anu to marry her and Anu gets very confused and doesnt how to answer. Watch the whole series to know what’s the answer anu gives.

Based on: Permanent Roommates